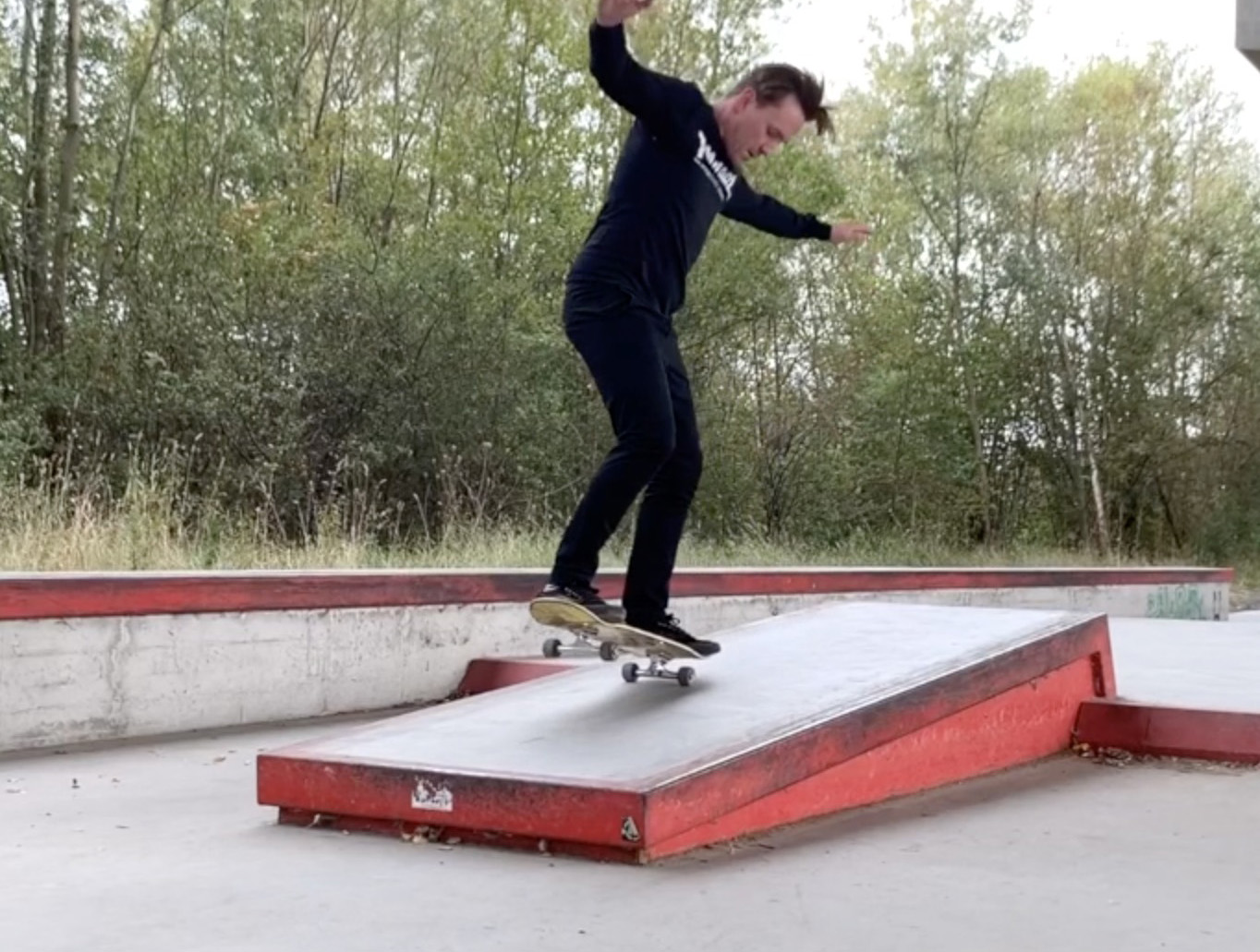 34, still shredding, and king of manuals! We're proud to present this exclusive part from Vincent Vaneeckhaute. Try to keep up on when he's skating regular or switch ;)

34, still shredding, and king of manuals! We're proud to present this exclusive part from Vincent Vaneeckhaute. Try to keep up on when he's skating regular or switch ;)

Check out the story!

Can you tell us a bit about yourself?

my name is Vincent Vaneeckhaute. I am 34 years old. I grew up in Deinze, a city near Ghent. I started skating around 1999. We did not have a lot of skateparks to go to at that time. Me and my friends always used to go skate to Zumiez, a skatepark in Wevelgem that is now called Rampaffairz. Actually, we are still going there when the weather is bad, so quite often. I think the young skateboarders are quite lucky nowadays to have so many opportunities to skate.

How did it go for you back in the day?

Well, in 2001 I won my first contest at South in Ghent. A few weeks later the guys from 1st8 skateshop / Torture team asked me to go on a 4 day trip to Paris. I was 15 at the time and I was so stoked to go skate with 'the big boys', I will never forget this. We skated all the legendary spots like Palais De Tokyo, Bercy, Creteil etc... Around 2005 when I was in high school that I wasn't skating as much as I used to. After high school I started working immediately. For almost 10 years skateboarding was not the first thing on my mind, very strange, almost can't believe it. I couldn't imagine a life without skating right now. By the end of 2016 I started skating more again. I was very motivated and almost obsessed by the board.

Are you (still) a sponsored skater?

In September 2017 I became second on the first edition of Slamfest. Shortly after that I was announced as a team rider of Slam Skateshop. It's kinda funny because I was getting boards and stuff from the previous shop 1st8 which was located at the same place. A few months ago, Atees Design, a Belgian streetwear brand asked me to join their team and promote their brand.

Where can we find you when you're skateboarding?

Mostly I am skating in various skateparks but a couple of times a year I go skate in Barcelona, Paris or other interesting cities with amazing spots. The feeling of freedom you have when you ride a skateboard is inexplicable. It is a true passion. I am a technical skater who loves to skate ledges and manuals, I also like to do flip tricks. In fact, I love everything about skateboarding as long as I can be on the board.

What's your favorite place to skate? Let us know!